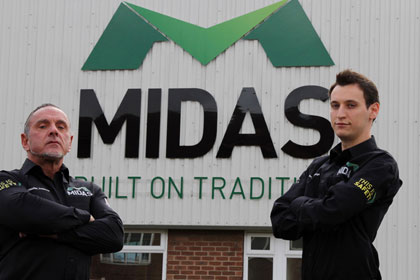 This is Safety. That’s the Midas message. The fast-growing Teesside cladding business is setting new standards as it increases its reach across the UK – but safety has now been launched as a brand in its own right... read more

Cladding Experts Have The Midas Touch 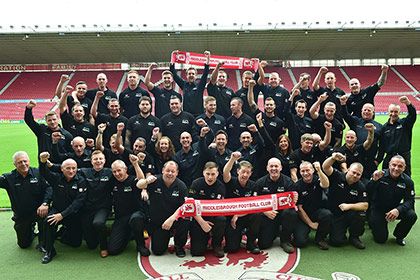 A fast-growing Teesside cladding company is targeting a £5 million turnover as it looks to take its industry-leading quality and safety standards across the UK... read more

Midas Cladding Services is set to mark its 21st year by coming of age with a rebranding that will more accurately reflect the company’s ever-enhancing status among the UK cladding industry’s elite... read more

The Midas touch really does turn all into gold! Cladding industry leaders Midas turned the Greek myth into reality when they achieved the Investors in People Gold Award... read more

Three graduates employed at Midas are living proof of the intrinsic value of a degree. Teesside University graduate Martin Gilbey, the managing director of Midas, used the university’s Graduates for Business Scheme when he needed to employ two extra staff to fill vital roles in his expanding firm... read more

It’s Our Bread and Butter Work!

Industrial sheeting and cladding experts Midas are On a Roll! The industry leaders are underway with some real "bread and butter" work, working on new cold store panels for near-neighbours, On a Roll Sandwich Company... read more